ChineseAgent was established in Canada. As part of the E-HENG group of companies continuous growth strategy, ChineseAgent is now positioned outside China and works side by side with companies who want to sell their products or service to the Chinese market. E-HENG group of companies have been involved in helping over 3000 multinational companies doing business in China for over a decade. Headquartered in Shanghai China, we are one of the first privately owned import-export company, 3PL global logistics company and foreign investment consulting firm in Shanghai, with offices in all major Chinese cities as well as Hong Kong, Canada and UK.  Besides helping clients acquiring market information and knowledge about business practices in China, ChineseAgent has the knowledge, expertise, and connections to meet any business needs from marketing and sales to logistics management and customs clearance, the dedicated team at ChineseAgent will always consider the unique goals and challenges of each client to provide a personalized and streamlined introduction into the Chinese market.

Honorary President
Charles Mo ,CPA, MBA
Charles was the Vice-Chairman for the American Chamber of Commerce in Shanghai (2006, 2007, 2008).
Charles has over 12 years of financial, marketing and management experience in China, having served as the COO for Coca-Cola Shanghai, CFO for Nike China, and General Manager/Controller for Polaroid China. Since joining the American Chamber of Commerce in Shanghai in 2003, Charles was also elected to various leadership positions in the Corporate Social Responsibility committee and on the Board of Governors during 2003 and 2005. Prior to his arrival in China in 1995, Charles spent 12 years working for Wang Laboratories Inc. in Lowell, Massachusetts. He began his career with Thomas Adam and Ernst & Young and is presently a licensed CPA in New Hampshire. Charles earned his MBA degree from California State University Fullerton. The October 13th, 2007 edition of the Shanghai Daily published a business profile on Charles.

As a corporate member of British, Italian, Australian and Canadian Chambers of Commerce in Shanghai, ChineseAgent has been working with them to support their showcase and keep a good relationship with chambers of commerce around world.

The ChineseAgent Advantage:
Our Mission

We strive to be a leader in Import / Export solutions for foreign companies seeking to enter Chinese markets through our experienced, trustworthy service.

We are committed to providing personalized, attentive service to each of our clients and to continually improve.

To be the preferred choice for any company seeking to expand their presence in China. 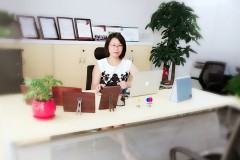